Tiqets, a platform for booking museum and other attractions, raises $60M led by Airbnb 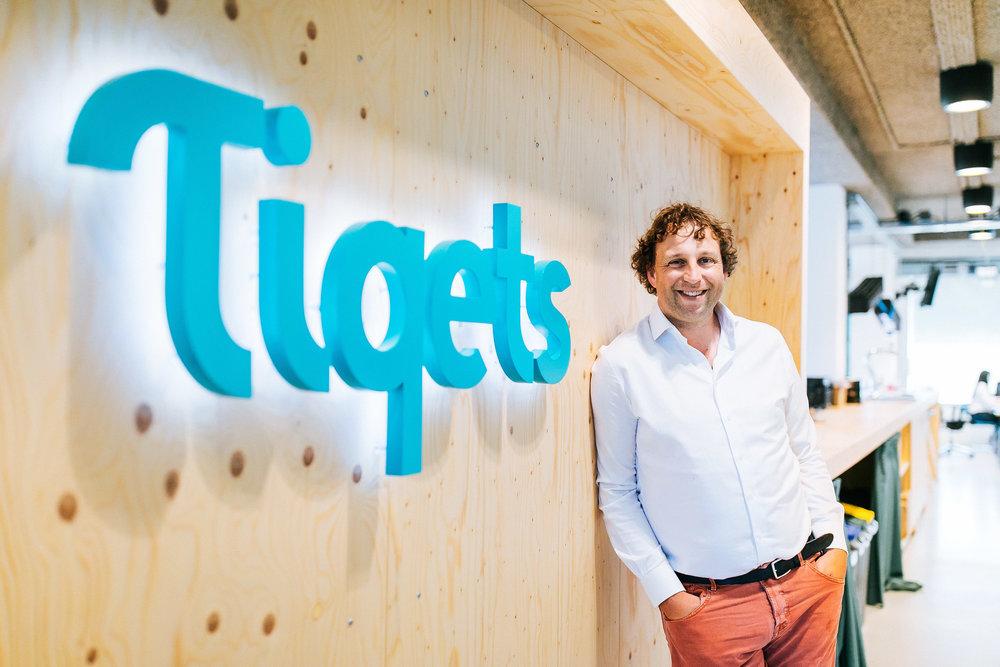 The investment also includes backing from previous backers HPE Growth, Investion and Capital Mills, and it brings the total raised by Tiqets to $100 million

Airbnb is best known as the place you go to find somewhere to stay that’s not a hotel when travelling.

Now, it’s made an investment in a startup that points to its bigger ambition to be a go-to destination for experiences. Tiqets, a startup out of Amsterdam that has built a platform for booking tickets for museums and other attractions, has raised $60 million in a Series C round led by the travel giant to expand its platform and wider business. Tiqets has sold millions of tickets in over 60 countries to date, it says.

The investment also includes backing from previous backers HPE Growth, Investion and Capital Mills, and it brings the total raised by Tiqets to $100 million. Luuc Elzinga, the CEO and co-founder of Tiqets, said the startup is not disclosing its valuation but said it was “really happy” with the number.

In the wider tourism and travel industry, museums and attractions revenues are estimated to be worth some $160 billion, with ticketing accounting for $60 billion of that.

The gap in the market that Tiqets is targeting is the shift we’ve seen in how and why people — both tourists but also those visiting museums and attractions in their own home towns — purchase tickets to go to these places.

While some are still waiting to line up outside a venue for hours, others are opting to go online to buy in advance and use mobile tickets to speed up the process. Museums and most other attractions are not often the places that come to mind when you think “technology”, and Tiqets comes in and provides a service to them so that they can meet the demands of more digitally-savvy visitors.

Museums and other attractions are now gradually starting to think of how to use this to their advantage.

There was a Very British uproar in the 1980s when London’s Victoria & Albert Museum ran an ad campaign about how it was an “ace caff with a quite nice museum attached.” (It is a beautiful cafeteria.) But nowadays those cafes, and the ever-present gift shops, are some of their biggest revenue spinners, so offering tickets online reduces some of the friction in getting people into venues, and into better moods, to spend more money later. And, if users “check the box,” the venues can also build their marketing databases to boot.

Tiqets, founded in 2014, is still a relatively young business. Elzinga said it works with some 3,000 museum groups and attractions — with its customer list including some of the world’s most-visited institutions, such as the Louvre in Paris.

It also partners with some 2,500 travel agencies and portals — Ctrip is another big customer — that integrate with Tiqets’ APIs to upsell customers with tickets to venues after they have booked their trips. Some 35% of its revenues currently come by way of these third-party deals.

Tiqets’ plans for the investment will be to expand its coverage to more attractions, and to extend deeper into smaller towns beyond the big cities where it’s currently most active, specifically building out better self-service technology (not unlike Airbnb’s for hosts) to make it easier to onboard to its platform. It’s now available in 14 languages, so adding more localisation is also on the cards.

This is, for now, a financial investment for Airbnb rather than a strategic one. In other words, the two companies have yet to work together, said Elzinga, although that is the hope longer term. “Airbnb will be involved in the business,” he said, “and that’s interesting because we can also learn from how they scaled.”

Scaled is almost an understatement. Starting as a modest marketplace for people to offer spare rooms and sofas to travellers, Airbnb is now part of the guard of outsized startups, raising $4.4 billion in venture funding, valued at $31 billion, and on the roadto an IPO in 2020.

While the vast majority of that growth has come by way of people posting and booking accommodation in private homes, Airbnb’s interest in Tiqets underscores how the company is itself extending the revenue it can make per user by building out the longer tail of services it offers to its users beyond booking travel accommodation: current offerings include Experiences (in-city, one-day activities), Adventures (multi-day guided tours), and restaurant listings.

“Travelers are seeking out a diverse range of experiences when they visit a new city. The Tiqets team has effectively used new technology to connect travelers to communities and we are excited to support their work.”
Philippe Magid
Airbnb Art and Culture Director

One area where Tiqets does not plan to expand is into performance or seated event ticketing a la Ticketmaster or Eventbrite.

“Our focus and opportunity will continue to be museums and attractions,” Elzinga said. Part of the reason for this is that so many of them continue to provide paper-based, kiosk-issued tickets, but also because of the rise of the blockbuster, and the new awareness of public safety in crowded, high profile, iconic tourist spots. “It’s getting more complex, with timed entry and issues like crowd management.”

Longer term, it will be interesting to see how and if Airbnb works more closely with Tiqets. Both are targeting what is a massive opportunity. Travel and tourism are some $8.8 trillion and will account for 10.4% of global GDP in 2019, according to one estimate.

Sign up to the Capital Mills newsletter for useful articles, tips and tricks for funding your business

Cookie preferences
When you visit any web site, it may store or retrieve information on your browser, mostly in the form of cookies. This information might be about you, your preferences or your device and is mostly used to make the site work as you expect it to. The information does not usually directly identify you, but it can give you a more personalized web experience. Because we respect your right to privacy, you can choose not to allow some types of cookies. Click on the different category headings to find out more and change our default settings. However, blocking some types of cookies may impact your experience of the site and the services we are able to offer.
Only accept strict cookies
Save preferences
We use cookies to personalize content and ads, provide social media features and analyze traffic. We also share information about your use of our site with our social media, advertising and analytics partners.
Change preferences
Accept all cookies